Home History Moses
Share on Facebook
Tweet on Twitter
Despite the enticements of the culture of the Nile kingdom, Moses elected to cast his lot with the people of his father. His mother an Egyptian princess and his father an Hebrew. At the time this great organizer was formulating his plans for the eventual freeing of his father’s people, the captives hardly had a religion worthy of the name; they were virtually without a true concept of God and without hope in the world. There were a sufficient number of educated leaders who had been coached by Moses in preparation for the day of revolt and the strike for liberty to constitute a corps of efficient organizers.
test123

These advance men and woman had been employed as native overseers of their people; they had received some education because of Moses’ influence with the Egyptian rulers Moses endeavored to negotiate diplomatically for the freedom of his fellow Semites. He and his brother entered into a compact with the king of Egypt whereby they were granted permission peaceably to leave the valley of the Nile for the Arabian Desert. They were to receive a modest payment of money and goods in token of their long service in Egypt. The Hebrews for their part entered into an agreement to maintain friendly relations with the Pharaohs and not to join in any alliance against Egypt. But the king later saw fit to repudiate this treaty, giving as his reason the excuse that his spies had discovered disloyalty. He claimed they sought freedom for the purpose of going into the desert to organize the nomads against Egypt. But Moses was not discouraged; he bided his time, and in less than a year, when the Egyptian military forces were fully occupied in resisting the simultaneous onslaughts of a strong Libyan thrust from the south and a Greek naval invasion from the north, this intrepid organizer led his compatriots out of Egypt in a spectacular night flight.

This dash for liberty was carefully planned and skillfully executed. And they were successful, notwithstanding that they were hotly pursued by Pharaoh and a small body of Egyptians, who all fell before the fugitives’ defense, yielding much booty, all of which was augmented by the loot of the advancing host of escaping slaves as they marched on toward their desert home.

Moses was an extraordinary combination of military leader, social organizer, and religious teacher. He was the most important individual world teacher and leader between the times of Melchizedek and Jesus. Moses attempted to introduce many reforms in Israel of which there is no record. In the space of one man’s life he led the polyglot horde of so-called Hebrews out of slavery and uncivilized roaming while he laid the foundation for the subsequent birth of a nation and the perpetuation of a race.

There is so little on record of the great work of Moses because the Hebrews had no written language at the time of the exodus. The record of the times and doings of Moses was derived from the traditions extant more than one thousand years after the death of the great leader. Many of the advances which Moses made over and above the religion of the Egyptians and the surrounding Levantine tribes were due to the Kenite traditions of the time of Melchizedek.

Without the teaching of Melchizedek to Abraham and his contemporaries, the Hebrews would have come out of Egypt in hopeless darkness. Moses and his father-in-law, Jethro, gathered up the residue of the traditions of the days of Melchizedek, and these teachings, joined to the learning of the Egyptians, guided Moses in the creation of the improved religion and ritual of the Israelites.

Moses was an organizer; he selected the best in the religion and mores of Egypt and Palestine and, associating these practices with the traditions of the Melchizedek teachings, organized the Hebrew ceremonial system of worship.

Egypt was intellectual and moral but not overly spiritual. In six thousand years only four great prophets arose among the Egyptians. Amenemope they followed for a season; Okhban they murdered; Ikhnaton they accepted but halfheartedly for one short generation; Moses they rejected. Moses, the greatest character between Melchizedek and Jesus, was the joint gift to the world of the Hebrew and the Egyptian royal family; and . Ikhnaton, the greatest teacher between Melchizedek and Jesus, had Ikhnaton possessed the versatility and ability of Moses, had he manifested a political genius to match his surprising religious leadership, then would Egypt have become the great monotheistic nation of that age; and if this had happened, it is barely possible that Jesus might have lived the greater portion of his mortal life in Egypt. 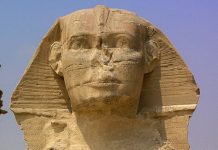 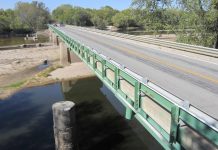 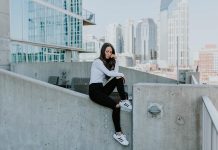